Here is the latest edition of Punchliners and is on a totally different topic unlike the previous editions. This time the list consists of NGOs, Foundations and Non Profit Organizations working for the society's well being. So here we go.

1. Child Relief and You

3. Bringing Innovations in Health and Learning to the Global Community

Answers in a week's time. Answers, Suggestions, Feedback to yashasvi.arun@gmail.com.
Posted by Yashasvi Arun at 3:32 AM 4 comments:

Here are the answers for Punchliners Quiz # 17.

2. Everyone's Invited or Its hard to Imagine - SAMSUNG

1. Five people got all the nine questions right. They are Prateek, Sanjeev, Harish, Sylvian, Pranav. Kudos to them.
2. Among all the entries above only VIDEOCON is an Indian brand. The origin for rest of the cos is as follows Sony (Japan), Samsung (Korea), LG (Korea), Sansui (Japan), Haier(China), Phillips(USA), JVC( Japan), Toshiba(USA)
3. JVC Company of America is a division of JVC Americas Corp., which is a wholly owned subsidiary of Victor Company of Japan, Limited. JVC is one of the world's leading developers and manufacturers of sophisticated audio, video and related software products. JVC stands for Victor Company of Japan or Japan's Victor Company.
4. Haier one of the chinese consumer electronic giants major has entered the indian market very recently. Another example of chinese invasion into the Indian market.

Congratulations to our regular quizzer Mr. Prateek Vijayvargia for winning this quiz.

Posted by Yashasvi Arun at 10:16 PM No comments:

Greetings for the festive seasons. Punchliners is back with yet another quiz in the area of Consumer Electronic giants. The Quiz should be a cake walk for most of you. Expecting a huge response akin to the last quiz. So here we go:

2. Everyone's Invited or Its hard to Imagine

5. Born in Japan Entertaining The World


Answers in a week's time. For answering, Comments, suggestions and feedback mail to yashasvi.arun@gmail.com .
Posted by Yashasvi Arun at 8:41 AM No comments:


1. Only Ruchir Sharma could get all the logos right. Kudos to you Ruchir.

2. People identified 5 out of the 7 logos very easily but the logo of Total and Monsanto were answered by only a few people.

3. The logo of MindTree Consulting has a little history behind it. For their identiy, Mindtree Consulting partnered with the spastics society of karnataka. 10 students were selected out of the college by Mind tree for desiging the visual identity of the company which should represent three elements of Imagination, Action and Joy. All the 10 students came out with their artwork and all were accepted but then the work of Chetan K S, a student of Motor and speech disability was adopted. Chetan's masterful work - the blue, red and bright yellow MindTree was presented to the world on August 18, 1999. The decisive skyward, blue brush stroke is Chetan's way of communicating imagination. The red stands for action. Finally, the bright yellow bubbles represent joy.

4. Monsanto's tagline is "Imagine" where there is a emphasis on "ag"

5. The Audi emblem with its four rings identifies one of Germany's oldest-established automobile manufacturers. It symbolises the amalgamation in 1932 of four previously independent motor-vehicle manufacturers: Audi, DKW, Horch and Wanderer. These companies form the roots of what is today AUDI AG.
Congratulations to Ruchir Sharma for scoring 100 % in the quiz and securing top position.
Posted by Yashasvi Arun at 6:49 AM No comments:

Here is the latest quiz in the punchliners series. We have the logos here. Figure out which organization they belong to.

Answers in week's time. Please mail your answers, comments, suggestions and feedback to yashasvi.arun@gmail.com
Posted by Yashasvi Arun at 8:59 AM No comments:

5. The spirit of Commerce - METRO

6. Costs less to get more - KROGER

1. CENTRAL and BIG BAZAAR are household names in major indian cities. CENTRAL is present right now in 3 cities in India. Bangalore, Pune and Hyderabad
2. METRO Cash and Carry has its presence in Bangalore.
3. Walmart is world's biggest company in terms of sales with close to 287 billion dollars.
4. Home Depot is world's fourth biggest company in terms of sales according to Fortune.
5. Second biggest store in USA TARGET is the one which is missing in this list.

Congratulations to Arun Panicker for scoring first in this quiz.
Posted by Yashasvi Arun at 6:30 AM No comments: 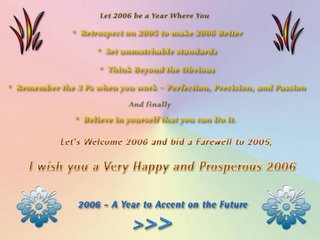 As we accelerate into 2006, let me take an opportunity to wish all my punchliners quiz members a Very Happy and Prosperous New Year.

Lets hope this year, we embark on a journey to create new frontiers in quizzing.
Posted by Yashasvi Arun at 7:57 PM No comments: