One of the most awaited tech press conference of the year, finally has some news with it. On 10 Sep 2013, Apple, announced two new iPhones which can be aptly considered to be an upgrade of the existing iPhone 5. Facing stiff competition from a wide variety of models from Samsung and unable to capture the low cost smartphone market, this announcement was the need of the hour for Apple.

Very briefly, iPhone 5S is an upgrade from the existing iPhone 5 whereas iPhone 5C is a similar configuration to iPhone 5 with a cheaper form factor in terms of plastic body. The key thing in iPhone 5S is the fingerprint recognition which improves as one uses it. This could be a game changer for Apple as such technology does not exist in any smartphone as yet. Along with that, an improved A7 chip and M7 coprocessor, 64 bit mobile architecture, the performance is significantly improved of high processing applications. Camera has been made better with a large sensor and larger aperture. Ofcourse iOS 7 is the final thing which will be the released on Sep 18 and available on iPhone 4 onwards. Also Apple for the first time has ventured into iPhone case market and is now providing leather cases for the iPhones. iPhone 5S comes in three colors, Gold, Silver and Black. The initial tagline for iPhone 5S is "Forward Thinking"

iPhone 5C is the Colorful thing according to Apple. Available in five different colors, white, red, yellow, blue and green, its the first time, Apple is moving away from its standard black and white. With an A6 chip, ultrafast LTE and iSight Camera, Apple has not compromised in the internal specifications of the phone. One more enhancement is the FaceTime HD Camera. The initial tagline for iPhone 5C is "For the Colorful"

Are these two products winner for Apple? This will be answered once they hit the shelfs in few weeks. Apple aficionados will pick it up on the first opportunity. Also Apple did not make an attempt towards giving a new shape to the iPhone unlike Samsung. Will have to wait and watch how much the iPhone 5C will penetrate the low cost Indian Market where a smartphone starts from as low as Rs. 2000 !!!
Posted by Yashasvi Arun at 12:35 AM No comments:

Strange right !! How come a logo consists of something weird like Bat.. Read on to find out more about it

There are two reasons for the existence of a free tailed bat in the logo of Bacardi. One of them is courtesy the basic ingredients and second is credited to its founders.

The variant of bats called as Mexican free tailed bats are great pollinators of the sugar cane plant and are well known for eating the insects. This is why it makes sense for Bacardi to use them.

The second as said earlier is related to the founder Facundo Bacardí Massó and his brother. They set up shop in a Santiago de Cuba distillery that they purchased in 1862. In the rafters of the building lived fruit bats, which helped to inspire the Bacardi bat logo.

Posted by Yashasvi Arun at 10:54 AM No comments:

One of the interesting aspects of the Grand Slams is the type of court in which they are played. Each of the four Grand Slams Australian Open, French Open, Wimbledon and US Open are played on different type of surfaces which add to the excitement of this sport.

French Open is the only grand slam which is played on Clay Court.

Wimbledon, the second grand slam in Europe, is played on the Grass Court.

In this edition, we are going to see something about the de facto standard in Social Networking - Twitter - The SMS of the Internet.

Twitter, as we all know, is a real time information network providing one with almost everything which is happening around. Be it latest stories, upcoming movies, Hollywood gossips, Twitter is one place for all the information you ever need.

Tweets is what makes up the Twitter. Tweets are 140 character long sentences which people use to describe events, happenings, news, stories or just anything. One can follow, have followers or just browse through the tweets and get to know "The Breaking News" within seconds of it actually happening.

Twitter is a brain child of Jack Dorsey, who belonged to Odeo Corp which now exists as Obvious Corp. Version 0.1 of Twitter was written by Dorsey with Noah Glass on March 31, 2006. It debuted as Twttr similar to the 5 letter American short code for SMS.

There have been several records on Twitter for the number of tweets per second for a particular event or a piece of news. The current record as of January 1, 2013, was set by all citizens of the Japan Standard Time Zone as the new year began, reaching a record of 33,388 tweets per second beating the previous record of 25,088, also set by Japan after a television screening of the movie "Castle in the Sky".

The current logo of twitter just spots the "Twitter Bird" replacing the Larry Bird logo which existed until June 2012. The Bird is the sole branding of Twitter on the web. Douglas Bowman is considered to be the designer of Twitter. The current Twitter bird seems to be resembling the Male Mountain BlueBird.
Posted by Yashasvi Arun at 10:32 AM No comments:

Yes. 500000 is the current count of visitors to the blog. Thanks to everyone for making this happen. More to come from my end.
Posted by Yashasvi Arun at 7:47 AM No comments: 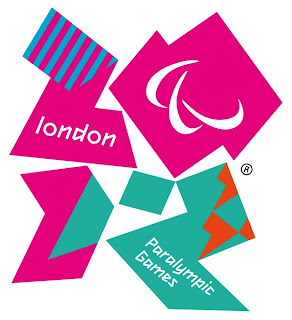